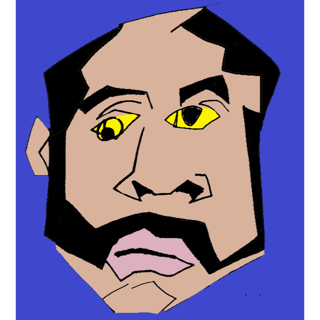 JESSE OWINS Hello. Thanks for paying attention to my work. Its mostly oil and chalk pastels.....memories we might share. Many are programs that I have skewed into my own purpose in life. The work began as a child consuming large amounts of network television programming and movies. My parents were saints don't get me wrong.....but television raised me. I started with one simple work and when I had completed it I took off and stood in front of a Target department store with it, asking the people if it looked valuable or not. I didnt have a desire to sell it at all...I just wanted to share my work with actual people in real time.....looking back....i just wanted to be seen. I was. The people and I began encouaging and inspiring each other. So I kept coming back. Loss prevention asked me to leave so I moved to a divider in the parking lot and continued my work for the community. I didnt stop. for almost a whole year back in 2018.....I saw what good I could do. I developed a relationship with the commuity and developed a quality business in the street with art. All the way up until my detention by Oceanside authorities....charges of peddling and trespassing were dropped. My inspiration comes from the thoughtful people who see me and pay attention to my work. They have called it a pop culture education. I create images and pair them with titles that may bring new meaning to a dated idea. I study the meanings of cartoons and movies....and attempt to relay them into shapes and colors to inspire memory. ​