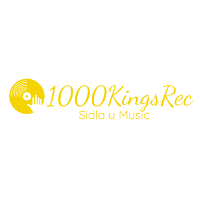 1000Kings Records was formally formed in 2020 by the founder of the 1000kings Movement. 1000kings Movement was founded in 2012 and registered in 2014, since the birth of 1000kings Movement we have been touring around SA doing shows, live performances, and promotions including brand activations. We have been Ambassadors of DJU & OSKIDOIBELIEVEPROGRAM since 2012. 1000Kings Records has released 5 projects this year (2020) taken from 1000kings and Taz Morale from MoralisticMusic 1. Jazzin'Deep Kosha EP 2. Mayikmuva i Tech (single) 3. When the spirit escapes (single) by Taz Morale 4. What About Deep EP 5. 4 YOU (single) In 2021 Feb we just dropped a Hip-hop single by ThugKings - still gangsta which is currently on #BestOfTheWeek DSTV 320 Channel O "February 2021. 01 Jan 2021 a single was dropped by 1000Kings titled House Stomping 10 April 2021 a single was dropped by 1000Kings titled Shaya Ingoma Kekelas DEEP BRIDGE EP is a taste of jazz,soul,deep and broken beats. #Nu-Jazz Out Now!!! 17 Sept 2021 #SpringRelease "Deep" #SummerRelease 25 Nov 2021 we dropped another single titled: never leave (Amapiano Mix) now available from all leading digital outlets!!! 02 FEB 2022 a single titled "IMNANDI LENTO" was released and is currently available from all leading digital outlets. 08 JULY 2022 #Autumn Release from 1000Kings Records titled "AROUND THE WORLD" available from all leading digital outlets