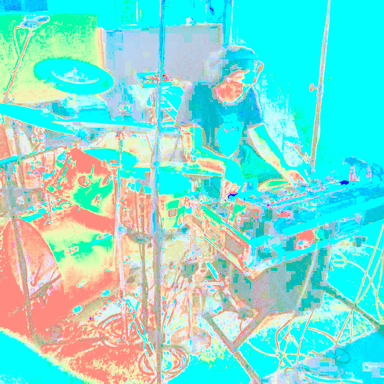 Marshall Greenhouse / MANCHO Percussionist / Multi-instrumentalist / Producer Bio “If a man does not keep pace with his companions, perhaps it is because he hears the beat of a different drummer.” - Henry David Thoreau Marshall Greenhouse – who records and produces under the moniker MANCHO – works to bring to life vibrant creations that don’t exist already, or live in the margins of what’s already been created. Not a composer in the traditional sense, Marshall has found ways throughout his career to create purely original art by fusing genres through artful collaborations and electronic experimentation. As a founding member of Chicago Afrobeat Project, he helped introduce afrobeat music to new audiences. He amplified the genre further in 2010 when he started AfroZep, which introduces fans of Led Zeppelin to the vast musical styles found throughout the continent of Africa. A longtime student of drumset and world percussion, MANCHO first started introducing elements of electronic music into his performance with the psychedelic trio KAVA. KAVA's first retreat introduced MANCHO to the kaosillator, where he redefined its intended use. This expanded practice ultimately led to an elaborate stage setup, allowing him to effect and loop vocals, live and electronic instruments and improvised sampling taken from on-the-spot YouTube searches. While still performing and recording with AfroZep and KAVA, MANCHO began working with his wife ShanBot (Shannon Smiley Greenhouse) as the experimental ambient duo Marshan Sounds where he produces live instrumentation and loops without the use of a laptop or prerecorded samples. MANCHO’s first solo release Africa Trip Tape, a 22-minute psychedelic remix of African music, has seen positive reviews and radioplay despite a release sans promotional campaign. Plastic Oh No, a reworking of John Lennon/Plastic Ono Band is set for release on December 11, 2020, exactly fifty years after the original release. Also a devoted educator, Greenhouse has taught drumset and Little Drummers classes at Old Town School of Folk Music, works as Assistant Band Director at Lincoln Elementary and also runs his own organizations Drum Chicago and Livin’ Live, which offers ‘pay what you can’ online classes designed to prepare the next generation for a successful career in the music industry. A rotating class schedule includes everything from music production and songwriting to music business, marketing and history. To hear MANCHO, visit Bandcamp, Apple Music, Spotify Other projects: AfroZep KAVA Education: Livin’ Live Youth Music Programming, Drum Chicago