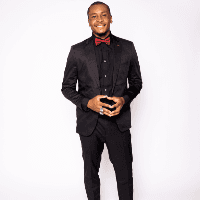 Saire Davis born and raised in Byron, Ga where gangs, violence, and drugs almost took him down the wrong path in life. His biological father was never present, and due to that, he was kicked out of middle school due to lack of guidance. Thankfully though, God doesn’t put any of us on this earth to casually get by and Saire is the true testament of that. After changing his life around and getting involved in sports and doing better in school, Saire discovered new ways to channel his energy and discover his character. After earning a Division 1 scholarship, Saire had dreams of making it to the NFL. Due to that not working out, he was forced to figure himself out all over again and find his true calling. Saire is now, a self made Author, Professional Speaker, Sports Performance Trainer, Youtuber, Podcaster, and Inspirational force and plans to empower the world with his all of his work. Follow along Saire’s journey as he impacts the world and inspires others with his enthusiasm and passion.